Biden can stop the attacks on Cuba’s medical internationalism 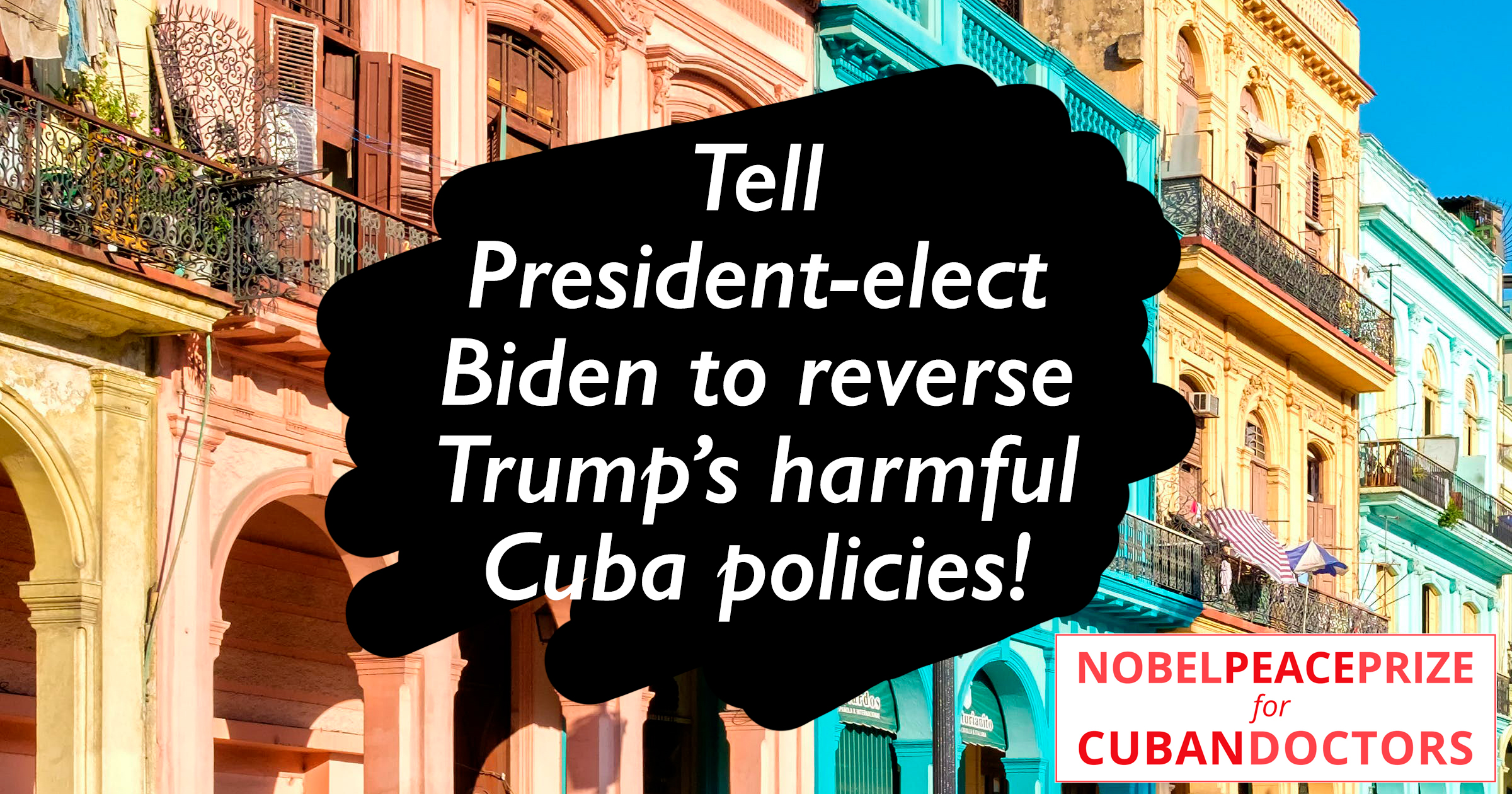 As people who know that Cuba’s medical internationalism and solidarity have saved countless lives throughout the world during the COVID-19 pandemic, we are enthusiastic about the possibility that your incoming administration will restore the historic improvement of relations between Cuba and the United States made during the Obama/Biden era.

Over the past four years, the Trump administration overturned much of that progress and instead opted to punish not just the Cuban people, but also poor people around the world who are in need of Cuban medical aid. The Trump administration blocked coronavirus aid shipments to the country during the pandemic and defamed the heroes of Cuba’s Henry Reeve International Medical Brigade.

Most of the Trump administration’s harmful policies can be changed by executive order. As such, we encourage you to do the following immediately as a show of good faith and willingness to re-engage with Cuba to promote health and a sane global policy against the pandemic:

We further support additional recommendations for specific policy areas as detailed by the letter from the Alliance for Cuba Engagement and Respect (ACERE), which can be found at this link.

The Trump administration’s attempted sabotage of Cuba’s medical internationalism is inhumane, illegal and unworthy of a country that seeks to promote health and human rights worldwide. We hope that your administration will mark a comprehensive reversal of those harmful policies, return to the legacy of the Obama administration and work with Cuba to address the coronavirus pandemic in developing countries.

Tell the incoming Biden administration to stop the baseless political attacks on Cuba’s medical solidarity and roll back Trump’s sanctions on Cuba!