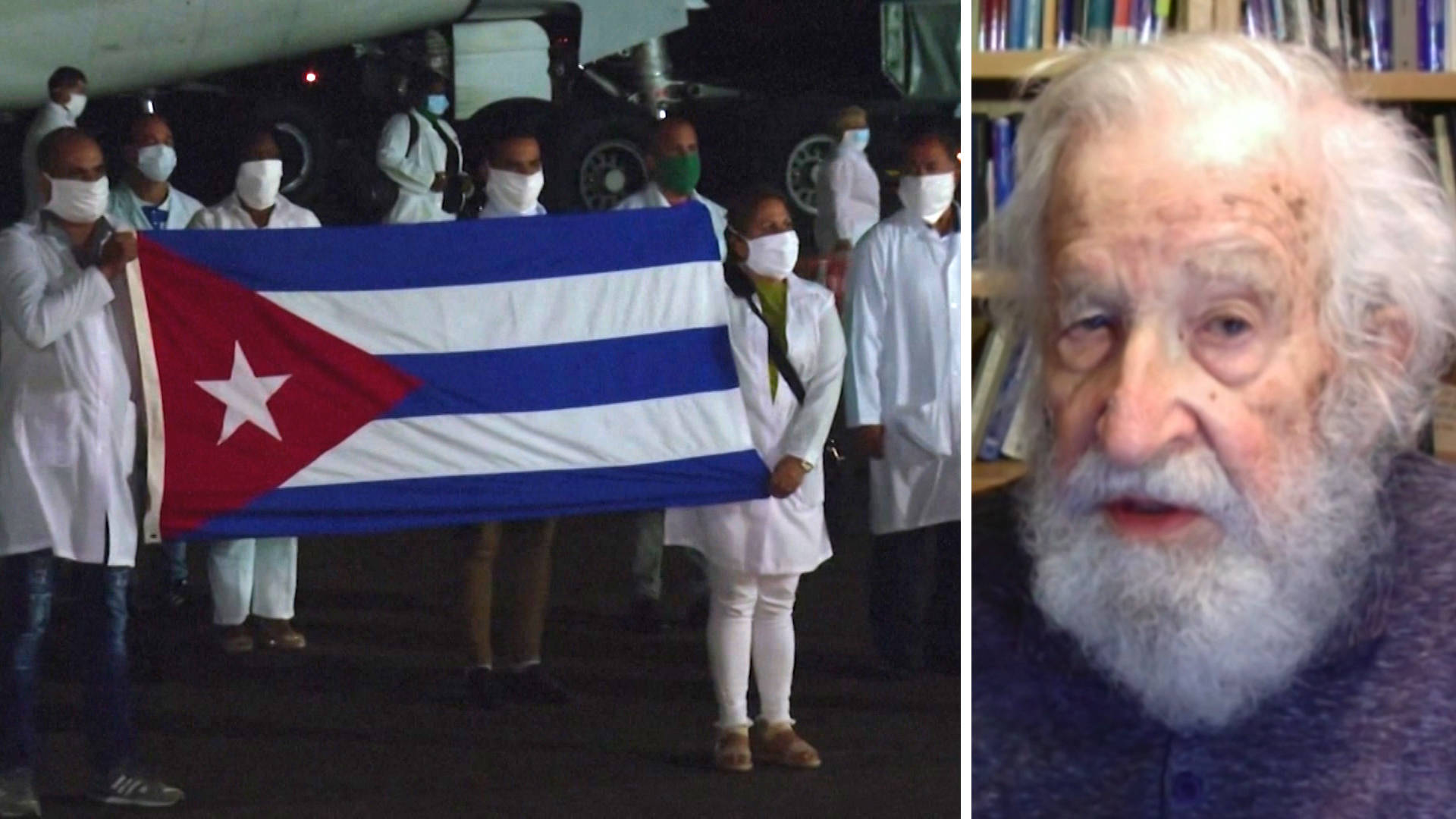 During this pandemic, there’s one country in the world that is showing genuine internationalism by providing medical aid and support for people who need it: Cuba.

When there was a serious outbreak in northern Italy, some rich countries to the north—Germany, Austria—had it pretty much in control but they didn’t send doctors to Italy. Doctors were sent from Cuba, a poor country that the United States has been trying to crush for 60 years. They were able to send doctors to northern Italy, as they’ve done before and elsewhere, not the rich countries in the European Union.

This is sometimes discussed in the U.S. media, but the way it is done is by accusing the Cuban government of using slave labor to enrich themselves. That is how the U.S. government interprets the Cuban gesture of sending doctors to work in dangerous places to deal with a pandemic. It’s true that the Cuban government takes part of the funding for this to support their remarkable medical system. So you turn that through the U.S. propaganda system and it becomes using slave labor to enrich themselves. This is the country that we are crushing, starting with a terrorist war and vicious economic strangulation. The whole world is opposed to what the U.S. is doing to Cuba. When it comes up in the United Nations every year, the world votes unanimously against the United States with one exception, Israel, which has to go along with the U.S. Everyone else is opposed.

We’re the global pariah state. We don’t care about anybody else. That is the kind of world we live in.