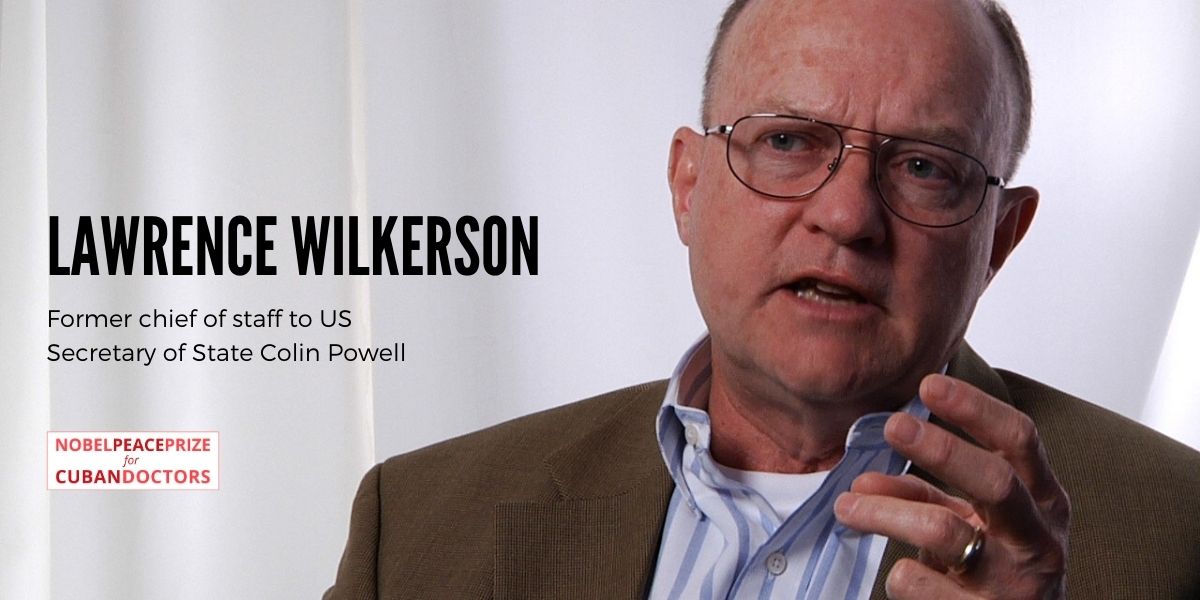 Lawrence B. Wilkerson, retired US Army Colonel and former chief of staff to US Secretary of State Colin Powell, has nominated the Cuban Medical Brigade Henry Reeve for the 2021 Nobel Peace Prize. Wilkerson is also a Distinguished Adjunct Professor of Government and Public Policy at William and Mary College.

Wilkerson's interest in Cuba's medical internationalism began when he learned that Cuban medical brigades were working all over Pakistan following the horrific earthquake of 2005, saving lives and spreading goodwill. “Thanks to the Cuban medical intervention, then-President Pervez Musharraf invited the Cubans to open an embassy in Islamabad. They did. Besides saving lives, this was successful public diplomacy.”

In his nomination, Lawrence Wilkerson praised the Cuban medical personnel in the Henry Reeve Brigade for their work in stopping the global spread of coronavirus. "The Brigade members have travelled to 39 countries, putting their lives at risk to help save people from coronavirus," he said. "For this high contribution to humanity in times of so much suffering, particularly now during this pandemic, I request that the Nobel Peace Prize be awarded to the Henry Reeve International Medical Brigades."

“It is so meaningful that Wilkerson, a Republican who held such a high position in the Bush administration, has submitted this nomination,” said Medea Benjamin of the US Cuba Nobel Committee. “Gratitude for helping humanity in times of crisis is something that transcends ideologies and politics.”

Nominations for the Cuban Medical Brigade to be awarded the Nobel Peace Prize have come from parliamentarians, academics, health professionals, artists, social movements, friendship associations and groups working for solidarity and peace all over the world. Alicia Jrapko of the US Cuba Nobel Committee said that, “this display of solidarity shows that despite US government efforts to discredit Cuba’s international health missions, the Henry Reeve Brigade has gained extraordinary support from people around the world.”