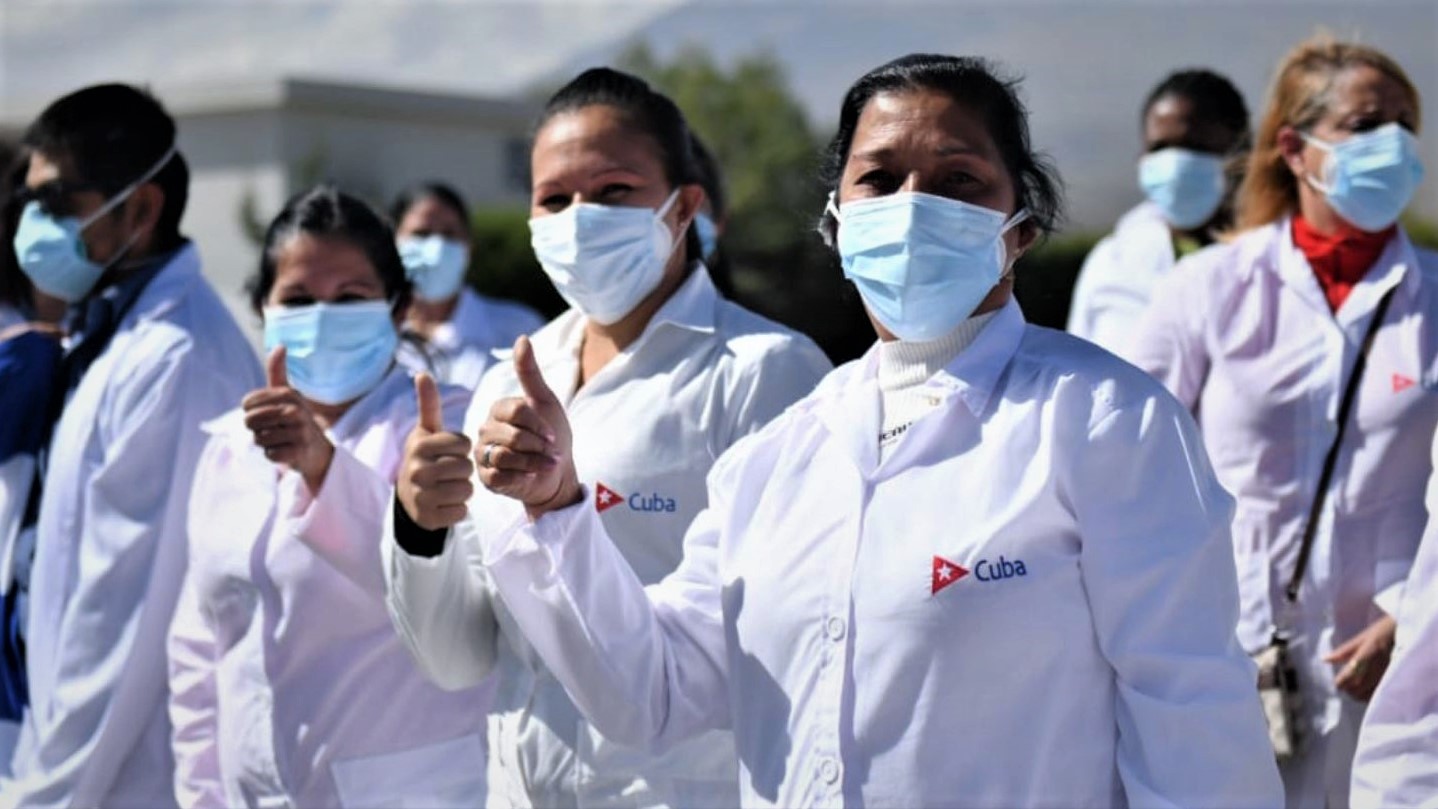 Are you a U.S. university professor? If so, please consider signing your name to our letter addressed to the Nobel Peace Prize Committee. We are part of the international coalition nominating Cuba’s Henry Reeve International Medical Brigade, whose doctors and nurses are fighting COVID19 all over the world, to be awarded the 2021 Nobel Peace Prize. Our aim with this letter is to demonstrate widespread support for this effort among university faculty--one of the select categories of people eligible to nominate candidates for the Nobel Prize. While this letter is for U.S.-based faculty members, there are many ways faculty outside the U.S. can also show support.

Acclaimed author Alice Walker writes that “[t]he selflessness, courage and solidarity of the Cuban doctors fighting COVID19 is unparalleled and deserving of the world’s most prestigious peace prize.” Professor Noam Chomsky has called the Henry Reeve Brigade the only example of “genuine internationalism during this coronavirus crisis.” And actor Danny Glover states, “In the midst of this global pandemic, Cuban doctors have provided inspiration to people around the world.” You can see more of the worldwide support and a petition signed by over 35,000 people here.

Please join this effort by filling out this form and passing it on to your colleagues (we won’t publish or share your email).

Here is the text of the nomination:

To: Members of the Nobel Committee

Humanity is experiencing one of its greatest challenges with the coronavirus pandemic. In the midst of this dramatic crisis, in which well over a million people have lost their lives, a group of Cuban health professionals has given us an extraordinary example of international solidarity, saving countless lives around the world.

The Henry Reeve International Medical Brigade was created in 2005 to aid victims of natural disasters and epidemics. In 2005, the Henry Reeve Brigade saved thousands of lives in Pakistan when that country was devastated by an earthquake. Its members have selflessly served in 46 nations. Since the World Health Organization declared Covid-19 a pandemic, 52 brigades of the Henry Reeve Contingent have put their lives at risk to travel to 39 countries whose respective governments have requested their assistance, to cure the sick and help prevent contagion. As of October 2020, more than 3,700 Cuban healthcare professionals have participated in this effort, 61.2% of them women.

The Henry Reeve brigade has played a major role in recovery following natural disasters such as floods (e.g., in Guatemala, Bolivia, Belize, Mexico, El Salvador, Chile, Peru and Sierra Leone), earthquakes (e.g., in Pakistan, Indonesia, Peru, China, Chile, Nepal and Ecuador) and hurricanes (e.g., in Haiti, the Fiji Islands, Dominica, Mexico and Mozambique). The Contingent’s most critical missions have included the fight against Ebola in West Africa (2015); against cholera in Haiti (2010), where they treated more than 400,000 people; and in the earthquake recovery effort in Pakistan (2005), where they treated almost two million patients.

For this incomparable contribution to humanity in times of so much suffering, particularly during the ongoing Covid-19 pandemic, we request that the Nobel Peace Prize be awarded to the Henry Reeve International Medical Brigades.