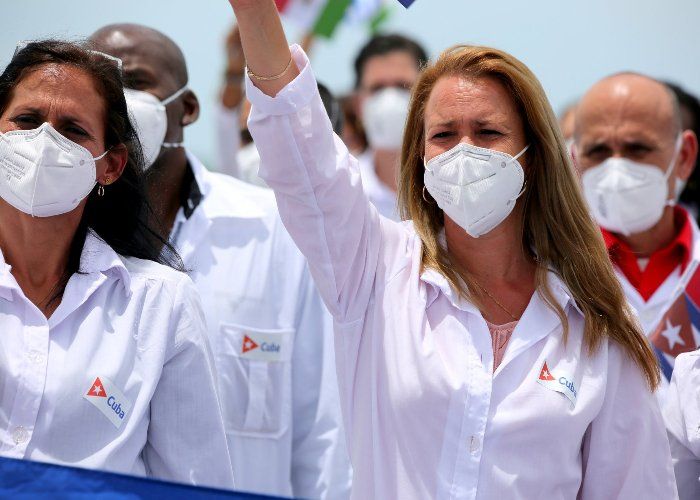 Over 200 university professors from around the United States have written to the Nobel Prize Committee supporting the nomination of the Cuban Henry Reeve International Medical Brigade for the 2021 Nobel Peace Prize. This is the brigade that has sent more than 50 medical teams to countries all over the world to treat people with COVID-19 and help prevent contagion. As of October 2020, more than 3,700 Cuban healthcare professionals have participated in this effort.

“The response to the call has been fantastic,” said Adrienne Pine, director of the Health Inequity and Care program at American University and member of the U.S. Organizing Committee of the Nobel for Cuban Doctors and Nurses Campaign. “Defeating Trump is just a small step in the right direction toward confronting the immense challenges that we face. My colleagues and I recognize that Cuban healthcare professionals have provided an extraordinary example of international solidarity, saving lives around the world even as Covid rates reach record highs here in the United States. Humanity must follow their lead and prioritize health over profit.”

Professors are one of the categories of people eligible to submit nominations to the Nobel Committee. The faculty members who have signed the letter, which supports the formal nomination submitted by several of them, represent a broad spectrum of universities, from Ivy League schools such as Harvard, Yale, Brown and Columbia, to state schools including the Universities of Massachusetts, Maryland and California. The geographic spread spans from the Puerto Rican School of Law to the University of Guam. Faculty members are academics in fields ranging from sociology and political science to ethnic studies and law.

"There is no better time than now to highlight the selfless work of Cuban medical professionals who are fighting the Coronavirus at the risk of their own lives. For their altruistic and supportive work they deserve the Nobel Peace Prize," said Felix Kury, professor emeritus of San Francisco State University and founder of the Martin-Baró Clinic.

In addition to fighting COVID-19, the Henry Reeve International Medical Brigade, created in 2005, has played a major role in recovery following natural disasters such as floods (e.g., in Guatemala, Bolivia, Belize, Mexico, El Salvador, Chile, Peru and Sierra Leone), earthquakes (e.g., in Pakistan, Indonesia, Peru, China, Chile, Nepal and Ecuador) and hurricanes (e.g., in Haiti, the Fiji Islands, Dominica, Mexico and Mozambique). The Henry Reeve Brigade’s most critical missions have included the fight against Ebola in West Africa (2015); against cholera in Haiti (2010), where brigade members treated more than 400,000 people; and in the earthquake recovery effort in Pakistan (2005), where they treated almost two million patients.